I have met and read people who claim to love editing their fiction. I do not hate them, but consider them strange and exquisite mistakes of nature. Like the guy who last year took home what looks like a bowling trophy for eating 62 Nathan’s Famous Hot Dogs at the annual (yes, really) competition held at Coney Island every Independence Day.

Writing The Splendid Children was very much like skiing down hill for me. It was still work.  I fell from time to time and was plenty sore more than once. I even skied off the trail and into the woods in Chapter 4, necessitating a retreat and retry. But there was also a lot of feeling myself pulled forward to an inevitable goal, with every anticipation that I would know when I was done.

Editing offers essentially none of that.

END_OF_DOCUMENT_TOKEN_TO_BE_REPLACED 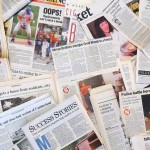